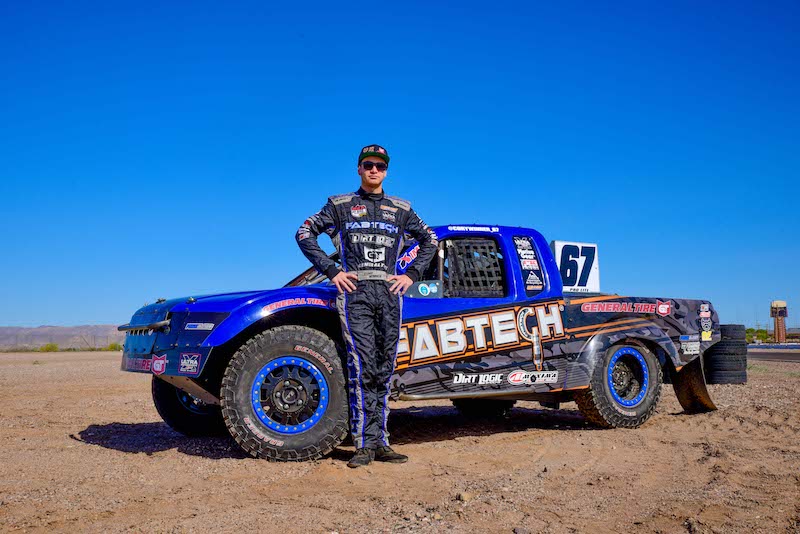 20-year-old Cory Winner was born into a motorsports invested family. His father, Dave, started and still runs Fabtech Industries, the leader in off road suspension, and has been a very accomplished desert racer since 1990. After an impressive showing in 2016 in the competitive Pro Lite class of the Lucas Oil Regional Series, Cory has since moved up to the national Lucas Oil Off Road Racing Series.

After watching champions like Rick Huseman and Johnny Greaves race in the CORR sanction, Cory decided he wanted to as well, and started racing in 2007 in the Junior 1 kart division. After several good finishes and qualifying spots, he ended the year 3rd in points. Despite similar success in 2008, Cory took a break from racing.

In 2013, Cory began racing once again. This time he would take on the challenge of racing Modified Karts in the Lucas Oil Regional Series. With top ten finishes in every race, he finished 6th in points out of 27 karts.

Having reached the age limit for Karts, Cory spent 2014 evaluating his racing future. He soon realized that the fire was still there and that it was time to step it up. Looking to have a successful rookie season, the team purchased an ultra competitive Pro Lite truck. The team finished 2015 with 4 wins and 2nd in points in the Lucas Oil Regional Off Road Series-SoCal. Racing another season in 2016, Cory collected 7 podiums and finished 2nd place in points at the Regional series once again. In 2017, he won the Prolite championship at the Lucas Oil Regional Series and finished 4th at the Crandon World Cup.

2018 will mark another busy year! With events all across the country, the team is ready to kick this season off. Cory will be racing in the Lucas Oil Regional Off Road Series-SoCal, the national Lucas Oil Off Road Racing Series, and Best in the Desert. 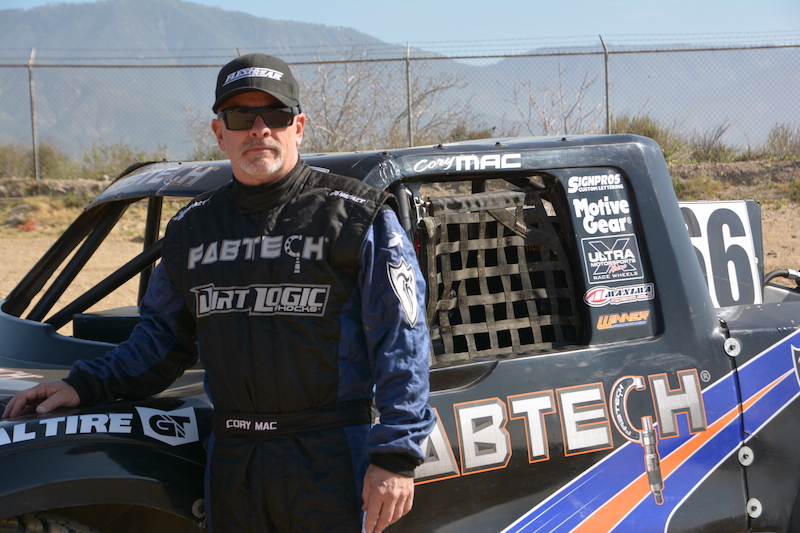 Cory McClenathan began his Top Fuel driving career over 25 years ago after getting his start drag racing high-performance Volkswagens. Since then has become one of the most popular and accomplished drivers on the NHRA Full Throttle Drag Racing tour.

Since climbing behind the wheel of a Top Fuel dragster in 1991, Cory Mac has established himself as one of the best drivers the class has ever seen. He has amassed 28 victories in 50 final-round appearances, notching 400 career round wins, and competing in 330 races.

McClenathan has garnered a long list of performance milestones during his Top Fuel career. He was the first driver to break the 4.80-second elapsed time barrier with 4.799-second run at Reading, Pa., in 1992 and the was the first driver to eclipse the 320-mph barrier with a speed of 321.77-mph in Dallas in 1997. He has also won the prestigious U.S. Nationals in Indianapolis twice (1996 and 1999). In 1997, he set a record for the most consecutive wins (four) and most consecutive final round appearances (six), earning him a spot on the prestigious Car Craft Magazine All-Star Race team.

McClenathan was introduced to drag racing by his father, Dick McClenathan, a former drag and off-road racer and partner in a high-performance shop dedicated to the VW trade. He began his drag racing career at the age of 16 winning the first two races he entered driving Volkswagen-powered vehicles.

He began competing in Top Alcohol dragster in 1989, winning the first race he entered in Denver. After winning three more races in 1990, he made the transition to Top Fuel in 1991. He finished in the top 10 during his rookie season in Top Fuel, making his first career four-second run in Seattle.

During his career he has driven for many high-profile team owners such as Larry Minor, Joe Gibbs, Darrel Gwynn, Henkleman and Baca and brothers Andy and Mark Carrier.

In the 2008 season, McClenathan finished number three in the points, a huge turnaround from 2007 when he didn’t even make the Top 10. He scored a win in Las Vegas, and made three trips to the finals throughout the year. McClenathan will begin the 2009 NHRA Full Throttle Drag Racing season driving the Fram Top Fuel dragster for Don Schumacher Racing. Still aggressively seeking his first NHRA championship, McClenathan is filled with a renewed confidence backed with the strong resources and commitment provided by the Don Schumacher Racing team.